Clear sky blue flowers atop long stalks define this RHS Award of Garden Merit winning blue salvia. Salvia uliginosa is one of the few salvias that like moist soils (it is known as the bog sage) but it also performs well in dry soils. This blue salvia spreads via stolons into a nice mass filling your garden space or giving you plenty to share with friends. Growers of Salvia uliginosa are treated to its blue flower show for quite a while, from June to early fall. The stems and leaves of Salvia uliginosa are a little bit sticky…but then again, when we garden outdoors in the hot summer, so are we.

Salvia chamaedryoides has really clear blue flowers atop a clump of silvery leaves…the combination of blue and silver is quite popular. This blue salvia is native to Mexico and produces its blue flowers for a long period of time from early summer to early fall. Pruning once per year helps improve the habit and stimulate lush growth, and deadheading stimulates even longer blooming.

The king of the blue salvias could well be Salvia guaranitica, the native Brazillian Anise sage. This is a tall sage and is suitable for the back of the border that will will spread slowly into a dense patch, giving you plenty to enjoy or to share with friends. From early summer until frost, Salvia guaranitica produces tall spikes of blue flowers that hummingbirds love. The most popular cultivar is Salvia Black and Blue which produces deep blue flowers nestled in a black calyx atop 3′ black stalks. The cultivar ‘Van Remsen’ is not a spreader and produces somewhat lighter cobalt blue flowers on top of 7′ tall stalks. Salvia guaranitica ‘Argentina Skies’ produces sky blue flowers on a 5′ stalk. Salvia guaranitica is called the Anise sage because if you crush a leaf and sniff (without sucking the leaf up your nose) you might catch a whiff of black licorice.

For those of you who like dark blue, you must try one of the dark blue Salvia x sylvestris (aka Salvia nemorosa) cultivars on the market. This Salvia hails from Europe and Asia and has a more compact branching habit than many other blue salvias, and it produces tons of long flower stalks covered with intensely colorful flowers. In addition, the foliage is sage-ly fragrant. The award-winning cultivar ‘Caradonna’ features vivid blue-violet spikes of flowers on black stalks in mid-summer. Salvia nemorosa flower spikes are popular in cut-flower arrangements.

Salvia azurea is a great plains native plant with sky blue flowers. Wild forms of this Salvia azurea tend to be floppy, but is sturdier with upright 4′ tall stems, in late summer, displaying dozens of pure azure blue flowers. The cultivar ‘Nekan‘, also features an improved upright habit and azure blue flowers. Pinching a few times early in the year helps increase the branching and reduce the tendency to flop as does locating the plant in drier soil. Brushing against its fragrant foliage releases a typical sage-like scent. Some people like to grow Salvia Azurea combined with perennial prairie grasses which will can give the salvias some support.

I’ve been a content developer for over a year, and I enjoy writing about gardening, lawn care, etc. to share what I’ve learned with others.

Landscaping Ideas for an Uneven Backyard

One of the most common complaints among 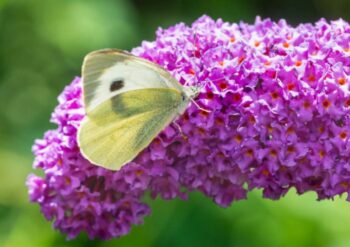 What Flowers Attract Hummingbirds and Butterflies?

Nowadays, people are debating a lot over 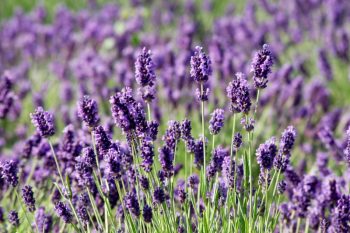 Are There Plants That Repel Mosquitoes?

Mosquitoes are pesky, tiny creatures that can